a young girl in school…

Sister Margaret says I’m a trouble-making nonconformist. My mom says I’m just left-handed. Sister Margaret swats my hand whenever she catches me switching my pencil back to my left hand. I draw pictures of Sister Margaret getting shot out of a canon. Then I draw X’s on her eyes, but then I get creative and make them into swastikas.

I honestly don’t mean to be a troublemaker. Maybe it’s just that my pencil wants to be in my left hand instead of my right. Sister Margaret can stuff it! I think God made me this way for a reason. I can’t just change because Sister Margaret says so. But her ruler is a little more convincing. If I’m gonna write with my right hand then God Himself is gonna have to tell me.

I use a red crayon to portray the blood coming out of Sister Margaret’s head wounds.

Sister Margaret says I had better shape up. She says I’m the only one in the class who writes with my left hand. She says she doesn’t like to look up and see all of the other good little children writing in perfect unison with their rights only to have her lovely ballet of scratching right pencils disrupted by the chaotic scribblings of a rebellious spirit. She says.

She also isn’t fond of my doodles.

Maybe I like being different. Maybe it’s good that we don’t all do the same thing…but I would feel a little more comfortable if at least one other kid would write with their left. I look around the room. Maria, Susie, Amy, Kiersten, Christin, Khristin, Christina, the other Amy, Alicia, Mayuko…they’re all writing with their right hands. I know they’re not looking at me now. They always turn and look when Sister Margaret scolds me.

They’re just looking at their papers and writing. They can’t see me.

But what if they do notice my lefty writing? What if they don’t like it? What if they wouldn’t be my friend? Up until now no one has said anything. How much longer will it last? High school? College? Oh no!—what comes after college?!

“Calm down. It’s no big deal. You won’t lose friends over a silly thing like this.”

Thanks, Mortimer, my imaginary friend…who is also a walrus. You’re right. It’s no big deal…but then, if it really is no big deal…

Sister Margaret’s perfect right-handed writing ballet is all in order.

Nobody can see me.

One thought on “Little Left-Handed Rebel” 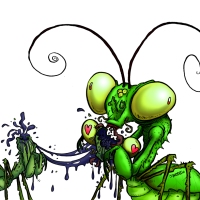 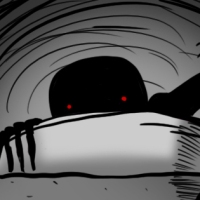 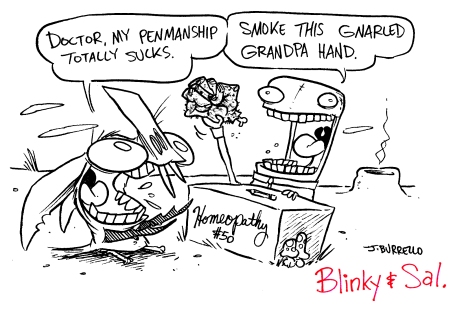 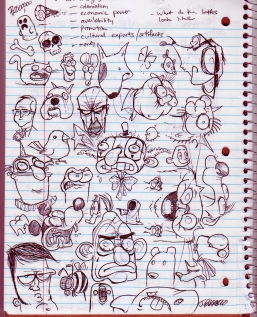 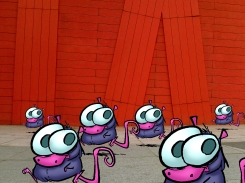 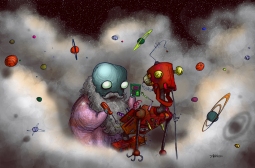 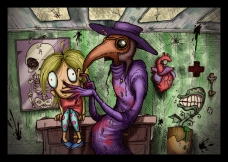